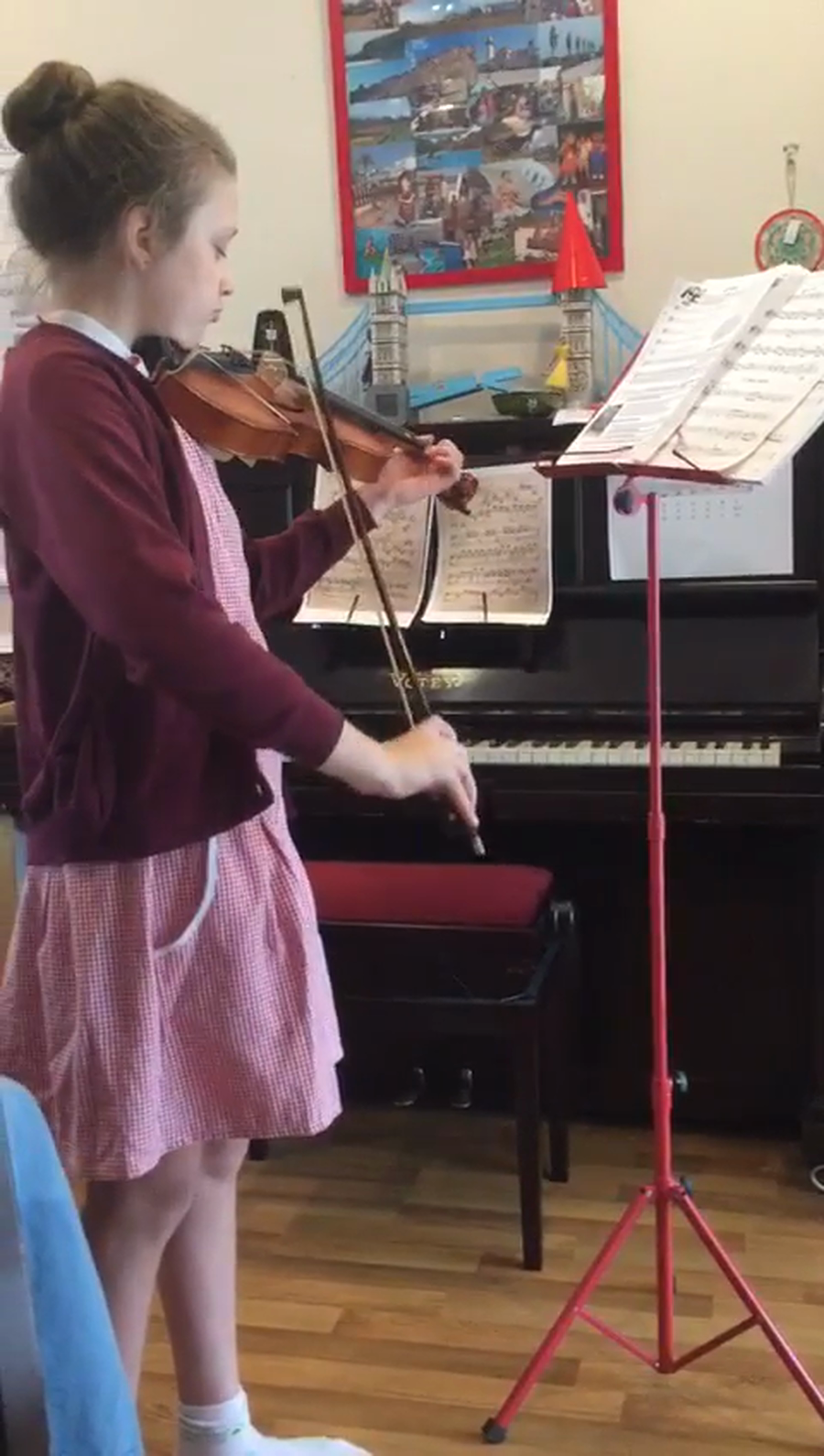 MORE OF OUR MANDALAS

Artwork based on Pointillism

Summer in the City

This piece of writing is about a famous artist called Andy Warhol who was best known for introducing pop art to the world.

Andy Warhol was born on the 6th August 1928 and lived in Pittsburgh, Pennsylvania.

He was excluded from art club for being very good! In Grade 3, he was sick due to a disease called Chorea and spent a lot of time in bed. When he was in bed he would draw, listen to the radio bed and collect pictures of movie stars.

Andy Warhol was the main leader in pop art culture. When he died in 1972, he left all his money to foundation to benefit visual arts. Also, he Sold his self- portrait for £6 million. Finally, he documented a video on his life story.

Summer in the city,

Some prefer to stay inside,

Going into the local parks,

Or on a plane to afar,

Some would rather tire themselves out,

While others will sit down,

Take an ice cream or two,

Go to the beach,

play on the sand,

Some would go in the sea round and round ,

Others prefer to stay at home ,

And go in their garden with a party,

But some would just sit and relax ,

But when this happens,

We all know summers back

Summers back in the city.

London is the city the never sleeps

It’s all ways on its feet.

The Eye is watching you and when u get to the top. WOW!

Everybody sitting in the park having a picnic

All the children sitting eating their ice-cream

Watching the other children scream in the playground

The trains rushing through the tunnels delivering people to their stops

Tourist buses driving up and over tower Bridge

And then the speed boats zooming under Tower Bridge

Water splashing everybody who is onboard

The hand is turning

It strikes Midnight. Everybody stopped and stared at the ancient building

And another day begins.

A biome is an area with similar climate and landscape where similar plants and animals live. Some of the main biomes include tropical rainforests, deserts, savannas, grasslands, woodlands and Tundra’s.

Tropical Rainforests are usually found in warm countries and have many different types of animal species such as rhinoceros, harpy eagle, monkeys, gorilla, leopard, red eye tree frog, sloth, tigers, iguanas, poison dart frog, piranha and  many other interesting animals. Another feature of the tropical rainforests are their exotic plants for example; orchids, walking palm, amazon water lily, silky oak, corpse flowers and several other plants and shrubs. The weather in tropical rainforests is usually quite wet and damp because the plants need the cold to survive and its often under 32 degrees.

Deserts are extremely hot and are always sunny but nighttime it’s cold and can be at least below 0 degrees. Deserts are known for the plants with sharp little spikes and those are called cactuses, did you know that cactuses should be watered at least once a week if its in its hottest months. Camels are very well known to be the most popular animal in a desert because not may animals can survive in the desert’s climate.

To conclude my non-chronological report about biomes, I would like to say I hope you have learnt about biomes and their different features.

Biomes are parts of the earth which have a similar climate and landscapes. Some of the world’s

main land biomes are rainforests, deserts, woodlands, grasslands tundra and the aquatic are marine, fresh water and quarrel reef. Each biome has its own characteristics which make it unique, biomes have similar animals, plants and rainfall.

What are the types of biomes?

Tropical rainforests are hot and wet all year round. They are home to over half of the earth’s plants and animals. Deserts are hot and dry all year round. The only things that grow are cacti and small shrubs because the soil is shallow and rocky. Animals come out at dusk when it is cooler. The Savannah is hot all year round with a long, dry season. Only grasses and shrubs grow here but it is home to lots of different types of animals such as elephants, zebras and wildebeest. Woodlands are habitats where the main plants found are trees, but mosses, ferns and lichen can also be found. The climate is warm and mild, with more rain falling in the winter than the summer. Grasslands are areas of land that are vast and open, with grasses being the main plants. The largest grasslands are found in East Africa. Zebras, giraffes, elephants and rhinos can all be found living in grasslands. The Tundra is the coldest of all the biomes. There is very little rain or snow and the temperatures are freezing. Winters are long and summers are short. Part of the soil is frozen all year round, although the top part defrosts in summer and plants such as mosses can grow.

What can YOU do to help?

What it is doing to us:

I decided to compare the tundra biome and the desert biome due to the fact that they have very few similarities and quite a few differences. This is because the tundra is one of the coldest biomes whereas the desert is an extremely hot biome however they both have mainly animals living there because these biomes are not a suitable habitat for humans to live as there is barley any food or material and we are not adapted to living in these kinds of places however the animals living there are more likely to survive as that is there habitat and they have adapted to this kind of habitat and therefore I chose these biomes to make a comparison between. The term “biome” is used to refer to a specific type of environment which is characterized by certain weather conditions, supporting particular plants and animals.

A desert is a barren area of landscape where little precipitation occurs and, consequently, living conditions are hostile for plant and animal life. The lack of vegetation exposes the unprotected surface of the ground to the processes of denudation. About one-third of the land surface of the world is arid or semi-arid. This includes much of the polar regions where little precipitation occurs and which are sometimes called polar deserts or "cold deserts". Deserts can be classified by the amount of precipitation that falls, by the temperature that prevails, by the causes of desertification or by their geographical location. Camels are adapted to living in these warm temperatures as they can walk in sand and they only need a small amount of water to survive but this isn’t a good place for a human to live as we can’t last long days without water and as camels have a built in hydration system they can store water inside them  keep them hydrated.

In physical geography, tundra is a type of biome where the tree growth is hindered by low temperatures and short growing seasons. The term tundra comes through the Russian meaning "uplands", "treeless mountain tract". Tundra vegetation is composed of dwarf shrubs, sedges and grasses, mosses, and lichens. Scattered trees grow in some tundra regions. The ecotone (or ecological boundary region) between the tundra and the forest is known as the tree line or timberline. The tundra soil is rich in nitrogen and phosphorus. A tundra is a biome characterized by cold weather and low growing plants and shrubs. There are three types of tundra which can be found on Earth: arctic, Antarctic, and alpine.

The savanna (grassland biome) AKA the tropical grasslands

I chose the savanna biome because it has many animals living it that are close to my favourite such as cheetahs, leopards and fennec foxes.

This majestic grassland contains many secrets and things unknown to humans, making it mysterious and interesting. It has a very long food chain, from the mighty lion to the long, wavery grass. And the cheetah to the chevrotain. Its flora is a mix of a woodland and grassland ecosystem. The trees there are very distinctive. I made the scene of the savanna night because that’s when most animals come out.

I created a savanna by using and painting a shoe box and placing little animal figures such as Elephants, Giraffes, Tigers, Birds, Ostriches, Hippopotamuses and Leopards in the shoe box. Savannas are a large amount of land that has scattered trees and little water and is mostly very hot especially in the dry seasons where most of the water evaporates and animals have to travel long distances to find some. They are habitats for a large range of animals (predators and prey). Savannas are found in Africa (the largest of this biome), South America, Australia and Southeast Asia, mostly located near the equator. The savanna is made of grassland with scattered trees and shrubs.